Support our work by buying art

Following the success of the first edition in 2021 and once again under the patronage of Bonhams Cornette de Saint Cyr, Art22 Gallery is organising its second online charity auction for Forbidden Colours.

With works by the following artists :

At the initiative of Art22 Gallery, a charity auction is organised from January 17 to 22, 2023 for the benefit of Forbidden Colours

33 contemporary artworks are presented thanks to the generosity of artists, galleries and collectors who support this solidarity sale. Discover them on the Bonhams Cornette de Saint Cyr website.

The online-only auction closes on Sunday, January 22 at 8 p.m. According to the order of presentation, each work will then be awarded to the highest bidder. To participate in the sale, it is mandatory to register beforehand on the DrouotLive website. All proceeds from the auction will be donated to forbidden colours. Bonhams Cornette de Saint Cyr and DrouotLive will not take any fees on this sale.

All funds raised through this action will be allocated to forbidden colours, which supports carefully selected projects helping LGBTQI+ people in Europe to live their lives to the fullest with self-respect, dignity and freedom. The forbidden colours fund was created in 2019 within the King Baudoin Foundation – the main Belgian public utility foundation – by Didier Brouwers, Peter de Caluwe, Gabriel Goffoy, Gregory Hye, Olivier Onghena -’t Hooft and Benoît Vancauwenberghe.

forbidden colours NPO is the legal entity associated with the fund. Created in December 2020, it is directed by Rémy Bonny, expert in the rights of LGBTQI+ people in Europe, with the support of Vincent Reillon, outreach and policy officer. forbidden colours funds projects supporting equal rights for LGBTQI+ people across Europe. It is one of the main advocacy organisations at the European Union level.

In 2022, donations received by forbidden colours supported the creation of shelters in Hungary, Romania and Poland to accommodate more than 2,000 Ukrainian LGBTIQ+ refugees fleeing war. The association also supported Budapest Pride in Hungary, a country where the so-called ‘anti-LGBT propaganda law’ passed in 2021 silenced the LGBTIQ+ community. forbidden colours also supported the development of a project to rank secondary schools on their level of inclusion for LGBTIQ+ people in Poland, a country in which LGBTIQ+ people are instrumentalized by the current government.

forbidden colours carries out all these actions thanks to your support. 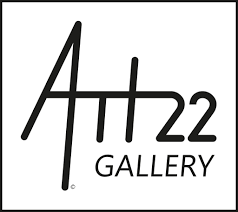 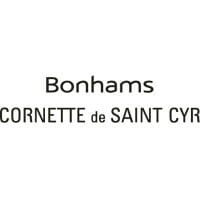