Stand up for LGBTIQ+ people in Hungary

In June 2021, the Hungarian parliament adopted a law, copy-pasted from Russia, that censors the LGBTIQ+ communities in the country. This ‘anti-LGBT propaganda law’ bans the depiction of LGBTIQ+ people and the promotion of LGBTIQ+ topics in the media and in all the places where children could be, meaning almost everywhere.

The European Commission has finally decided to bring Hungary in front of the European Court of Justice as this law goes against the most fundamental European norms and values.

We are very confident that the Court will rule to protect LGBTIQ+ people. This ruling would be important not only to repeal the law but also to prevent similar laws to be adopted in other Member States of the EU such as Poland or Romania.

This makes this court case is a unique opportunity for us all to deliver a powerful and clear message: we stand for our EU values of inclusion, equality, rule of law, and democracy.

This is our opportunity to show Viktor Orbán’s government that the citizens from all the Member States of the EU despise his anti-LGBTIQ+ rhetoric and laws.

And this is where you can act.

We need your support to convince your government to join the case alongside the European Commission to make it clear that these ‘anti-LGBTIQ+ propaganda laws’ are not welcome in Hungary, in your country, nor anywhere in the EU.

Sign our petition now to request your government to join the procedure and say ‘Enough’ to Viktor Orbán.

As concerned citizens, we are writing you together with the NGOs Forbidden Colours, Háttér Society, and Reclaim Europe regarding the unacceptable silencing of the LGBTIQ+ communities in Hungary.

On 15 July 2021, the European Commission launched an infringement procedure against Hungary for its ‘anti-LGBT propaganda’ law, or so-called ‘child-protection’ law. After a failed dialogue the case was referred to the Court of Justice of the European Union on 19 December 2022 and was published in the Official Journal on 13 February 2023. From this date on, EU Member States have six weeks to submit ‘written observations’ on the case.

We ask you today to demonstrate [your country]’s commitment to our fundamental EU values of equality, inclusion, and respect of human rights by providing ‘written observations’ on this case to the Court of Justice of the EU by 27 March 2023.

What We Already Did Against Hungary’s Anti-LGBTIQ+ Law 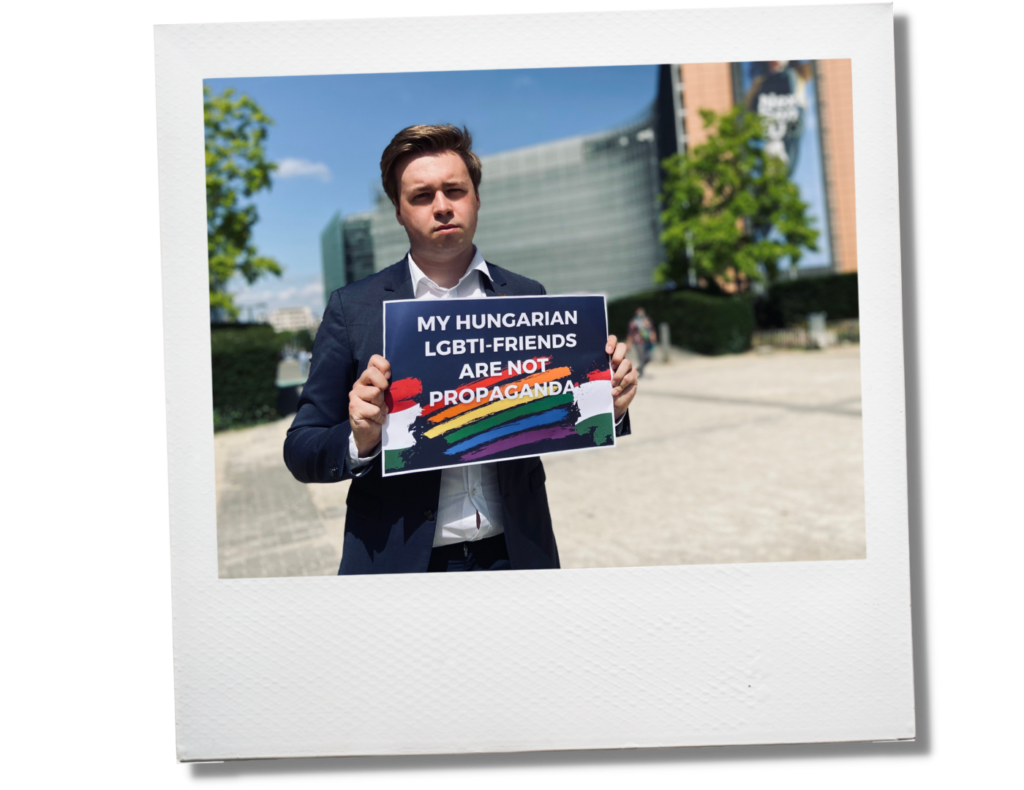 Forbidden Colours reveals the news of a new far-reaching anti-LGBTIQ+ law in Hungary. The law, and Forbidden Colours, received a lot of international media attention. Heads of European governments reacted very strongly against the law after Forbidden Colours broke the news. No less than 18 member states signed a statement denouncing the law, initiated by the former Belgian Minister of Foreign Affairs Sophie Wilmes. 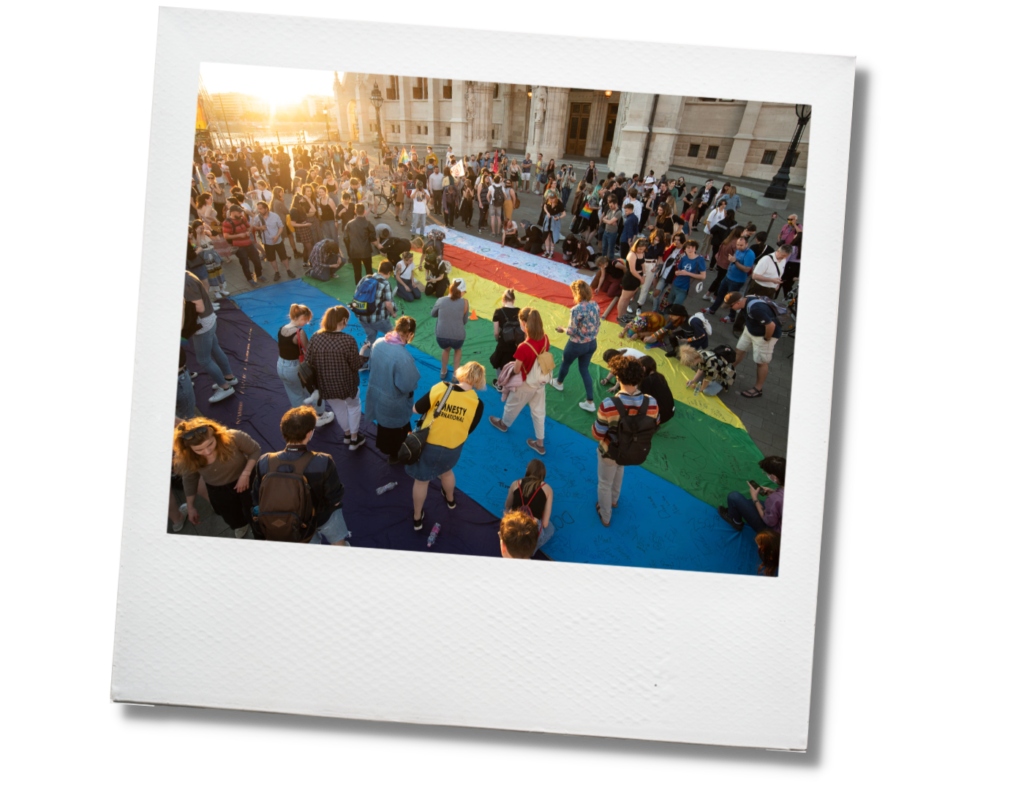 Budapest Pride and Hatter Society in collaboration with 6 human rights organisations organise a protest in from of the Hungarian Parliament to demand MPs not to vote the anti-LGBTIQ+ Law. The short-notice protest attracted 10.000 persons, mostly young people. 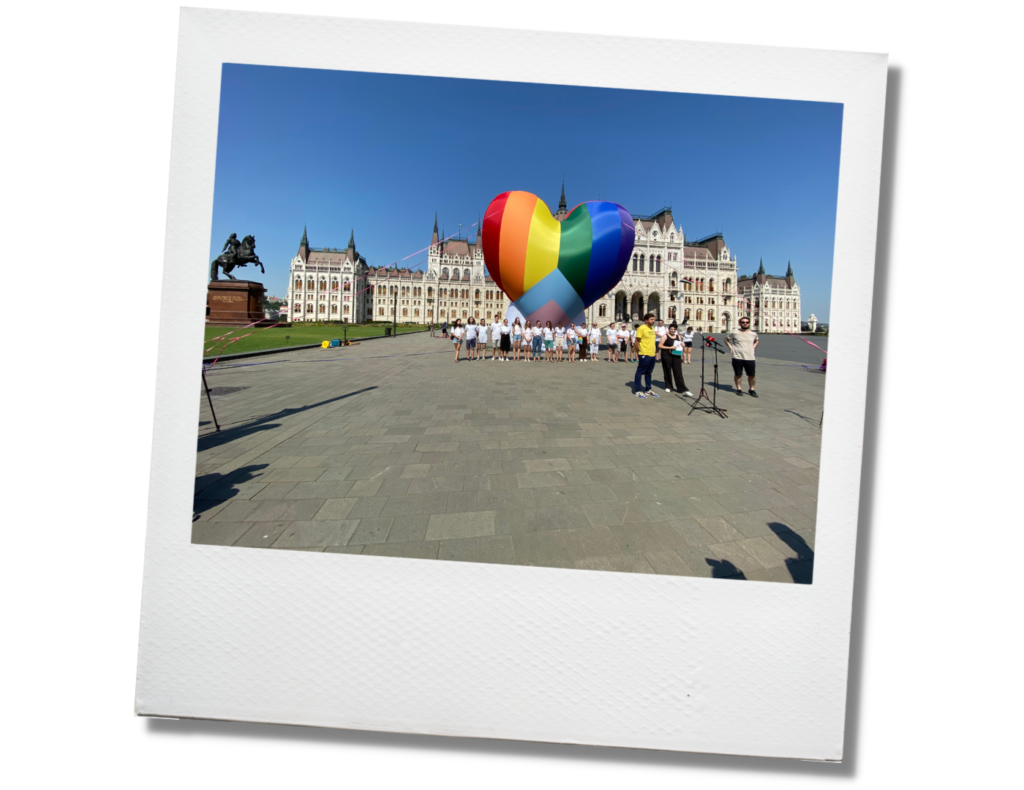 On the day the law went into force, Hatter Society stages a protest in front of the Hungarian Parliament with Amnesty Hungary. During the protest, the organisations announced that they are petitioning the Fundamental Rights Commissioner to send the Putin-style anti-LGBTIQ+ law to the Constitutional Court.

Hungary’s PM Viktor Orban announces he will organise an anti-LGBTIQ+ referendum. At the same time, Forbidden Colours organises a big international political delegation to visit the Budapest Pride March. Politicians from Belgium and all across Europe accepted Forbidden Colours’ invitation to come to the Hungarian capital. Over 35.000 people participated in the March. After the March, with the support of the Brussels Capital Region, Forbidden Colours decided to support Budapest Pride for over €30.000,00 in 2022.

Háttér Society submits a report to the European Commission for Democracy Through Law (Venice Commission) , which provided an in-depth analysis on the objectionable circumstances of the adoption of the law by Parliament, the main provisions of the law, the related implementing regulations, the sanctions, the lack of consistency of the law with other Hungarian laws, and the negative impact of the law.
The Venice Commission in Opinion No. 1059/2021 recommends Hungary to repeal or at least amend the key provisions of the amendments introduced by the so-called ‘child protection’ law. The Venice Commission emphasizes that the so-called ‘child protection’ law fails to comply with Article 10 of the European Convention on Human Rights
Report by Hatter

Reclaim Europe releases a legal opinion regarding Hungary’s ‘anti-LGBTIQ+ propaganda law’. The research shows that the infringement procedure prepared by the European Commission on the law lacks the incorporation of the education- related prohibitions of the law. It aims to fill the gap by providing an in-depth analysis of the compatibility with EU law of these provisions.

For the first anniversary of the law, Háttér Society publishes a report analyzing the extremely far-reaching and damaging impact of the law on LGBTQI rights in the country, as media outlets, bookshops, libraries, schools and others voluntarily apply the law, often more broadly than required by law, for fear of possible sanctions.
Repory by Hatter

After a year of advocacy, the European Commission announces that they will take the Hungarian government to the European Court of Justice on its anti-LGBTIQ+ law. It is the first time in the history of the EU that the Commission takes an anti-LGBTIQ+ initiative to the Court. The Court is likely to annul the law. 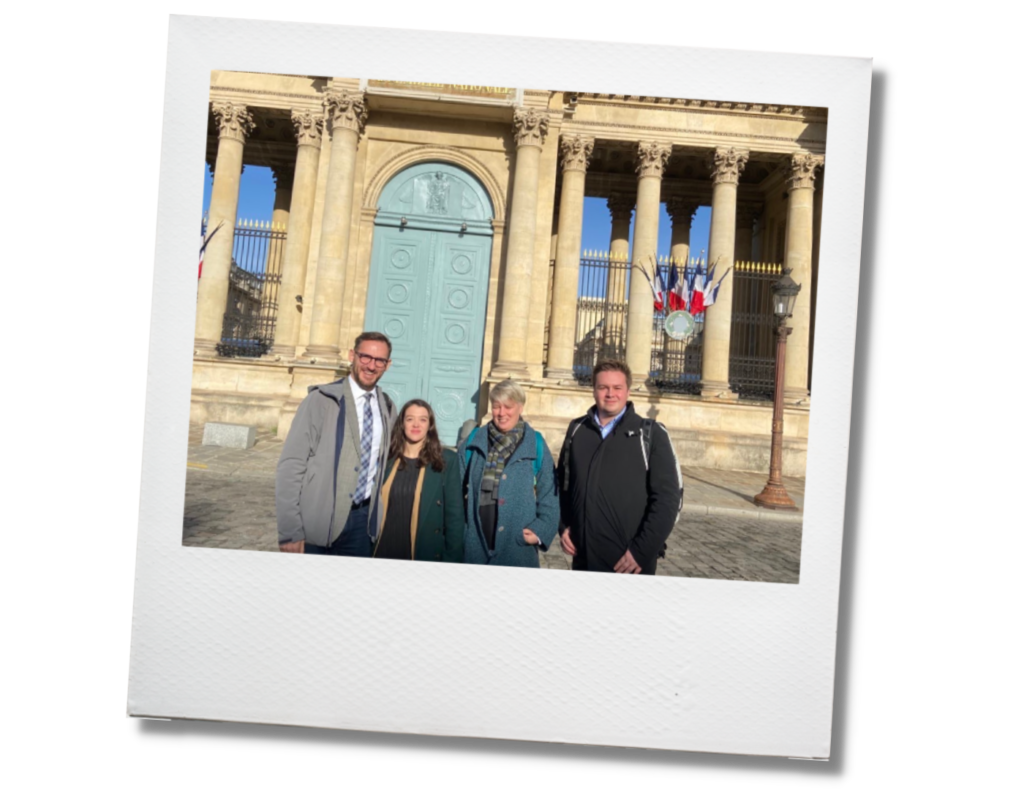 Forbidden Colours and Reclaim Europe start up a cooperation with Hungary’s main LGBTIQ+ organisation Hatter Society on convincing EU member states to join the Case by the European Commission in front of the Court of Justice. As a first stop, the three organisations travel to Paris to convince France to join the ‘written observations’.

Reclaim Europe and Forbidden Colours discover and reveal that despite the Commission’s announcement in July 2022 on the infringement procedure, the official case had still not been filed with the authorities at the Court of Justice. After extensive advocacy by the two organisations, the Commission finally files the case on December 19th. 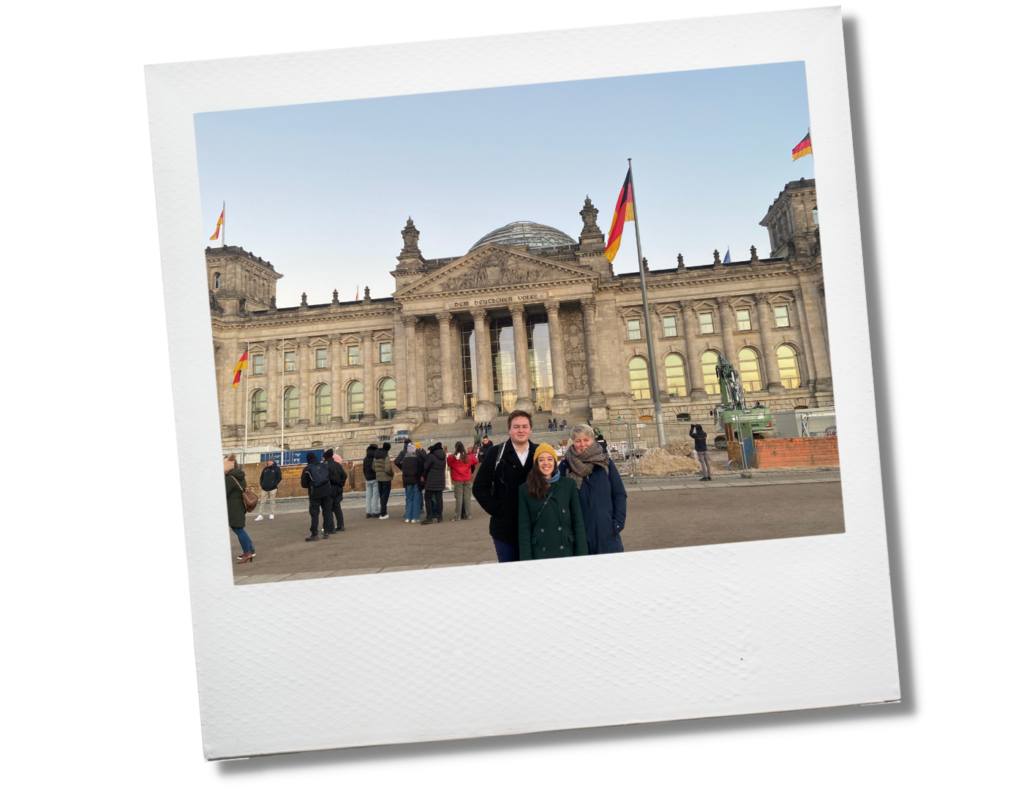 Forbidden Colours, Reclaim Europe and Hatter Society travel to Berlin to convince Germany to join the Case by the European Commission in front of the Court of Justice. The three organisations meet with governmental, political and civil society stakeholders that are instrumental for Germany’s position to join the Court case.

Because of these advocacy efforts over 10 member states already express their intention to join the court case. Besides this breaking the narrative by Viktor Orban on “Brussels vs. Budapest”, this might also become the biggest human rights related infringement procedure ever in front of the European Court of Justice.

Háttér Society gives a comprehensive overview of both the state-controlled and voluntary implementation of the impugned provisions. In addition to the implementation of the so-called ‘child protection law’, it takes account of the attempts to censor LGBTIQ+ content prior to the adoption of the law, which impacts the way the law itself is implemented.
Report by Hatter

The European Court of Justice officially publishes the court case in the Journal of the European Union. This is the official start of the procedure against Hungary. From then on, member states have 6 weeks to join the lawsuit.

During a press conference in the Press Club Brussels Europe, Forbidden Colours, Hatter Society and Reclaim launch this petition to call member states to join this court case, and make it the biggest ‘human rights court case’ ever at the EU-level.